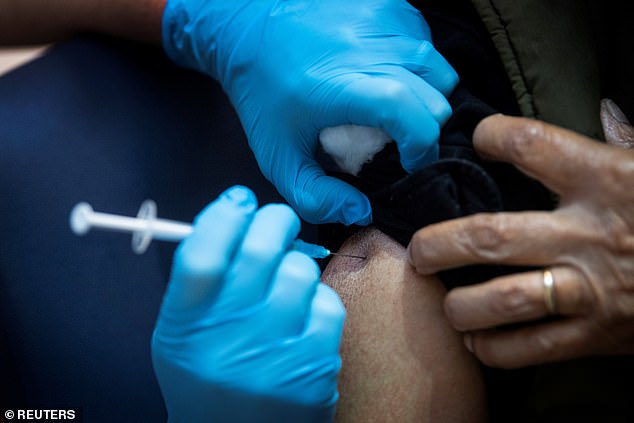 Four people who got Pfizer‘s coronavirus vaccine in the firm’s trial developed Bell’s palsy, a form of temporary facial paralysis, according to U.S. regulators’ report on the shot.

Food and Drug Administration (FDA) regulators said there wasn’t any clear way that the vaccine caused Bell’s palsy, but warned that doctors should watch for the alarming side effect and Pfizer should continue to keep tab on how many people it strikes.

No one knows what exactly causes Bell’s palsy, which resolves on its own most of the time.

This isn’t the first time it’s been linked to vaccines, but scientists have ultimately ruled that shots did not trigger Bell’s in all but one case – a Swiss flu vaccine that was sold during the 2001-2002 flu season there, then promptly taken off the market.

So far, the FDA said that the number of Bell’s palsy cases seen in the Pfizer vaccine trial was ‘consistent with the background frequency of reported Bell’s palsy in the vaccine group that is consistent with the expected background rate in the general population, and there is no clear basis upon which to conclude a causal relationship at this time,’ but will keep a close watch on future cases.