‘If something were to happen to me,’ Brandy Vaughan wrote in late 2019, ‘it’s foul play and you know exactly who and why.’

Brandy Vaughan, a former sales executive for the pharmaceutical company Merck and the founder of learntherisk.org, a website dedicated to educating people on the risks associated with vaccines, was apparently found dead by her nine-year-old son on December 8.

According to Children’s Health Defense, Vaughan is reported to have died of “gallbladder complications,” although the source of the report has not been cited, nor has it shared the specific cause of the complications (such as a gallbladder rupture).

Soon after learning of her death, a friend of Vaughn’s, Erin Elizabeth, shared screenshots of a Facebook post Vaughan had written in December of 2019, in which she assured readers that she was not suicidal and did not take any drugs that would cause her to die suddenly.

“The post I wish I didn’t have to write…. But given certain tragedies over the last couple of years, I feel it’s absolutely necessary to post these ten facts… please screenshot this for the record,” wrote Vaughan.

“I have a huge mission in this life. Even when they make it very difficult and scary, I would NEVER take my own life. Period,” she continued.

Referring to her son, Vaughan wrote, “Bastien means everything to me and I would NEVER leave him. Period. She added that she hadn’t taken pharmaceuticals for ten years. “In other words, I’m not on anything that could kill me unexpectedly or suddenly,” she wrote.

“If something were to happen to me, it’s foul play and you know exactly who and why — given my work and mission in this life,” she continued.

Vaccine safety has come under scrutiny during the coronavirus outbreak, with pro-lifers expressing concern about the connection of vaccines to abortion, among other concerns.

Elizabeth also shared a screenshot of a text she received from Vaughan in which she expressed worry about being poisoned and apparently referenced the death of Dr. Ben Johnson, M.D., D.O., NMD in January of 2019.

“So odd! I worry sometimes about poisoning. Was Dr. Ben ever married? Lived alone? Sorry for all the questions. I’m just so upset about this, especially since he wasn’t even taking on the vaccine issue but mammograms, which one would think was a ‘safer’ issue.”

Vaughan, who used to work as a pharmaceutical sales representative for Merck, explained how she got started as an activist exposing the dangers of vaccines and pharmaceutical industry in a video shared in 2015. She begins by revealing that she used to represent Merck’s drug Vioxx.

“When it came out that Merck had falsified safety data and Vioxx actually had twice the increase in heart attacks and strokes [for] people taking it, it really made me realize that there was a lot of corruption behind the scenes and that just because a drug is on the market doesn’t mean it’s safe,” Vaughan said in the video.

She explained how later, during a wellness visit for her son, a doctor “stormed out of the room” when she asked to see a vaccine insert.

“That was a huge red flag for me, knowing what I knew from being a pharmaceutical sales rep before. And I started to do my research into vaccines and the ingredients and the flawed safety data.”

Part of what she discovered is that aluminum is a major adjuvant in vaccines, which was another big “red flag” for her. When her grandmother was diagnosed with breast cancer, the doctor found high levels of aluminum in her tissues. He told her that the aluminum found in traditional deodorant was linked to breast cancer.

“The more I dug into this, what I realized was vaccines are not for public health. It’s really about pharmaceutical company profit. It’s basically playing Russian Roulette with our children,” continued Vaughan.

“I really got motivated to get more into this fight when I realized the mandatory vaccination bills that were sweeping the country[.]”

Vaughan went on to found Learn The Risk, a 501(c)(3) nonprofit, “in response to one of the nation’s first mandatory vaccination for education laws — SB277 in California,” according to her website. SB277, which was signed into law in 2015, “barred parents from citing their personal beliefs as a reason for not vaccinating their children” for school.

It was when Vaughan returned from a rally protesting SB277 in Sacramento that she first began to experience acts of intimidation, she explained in a video shared in 2015. 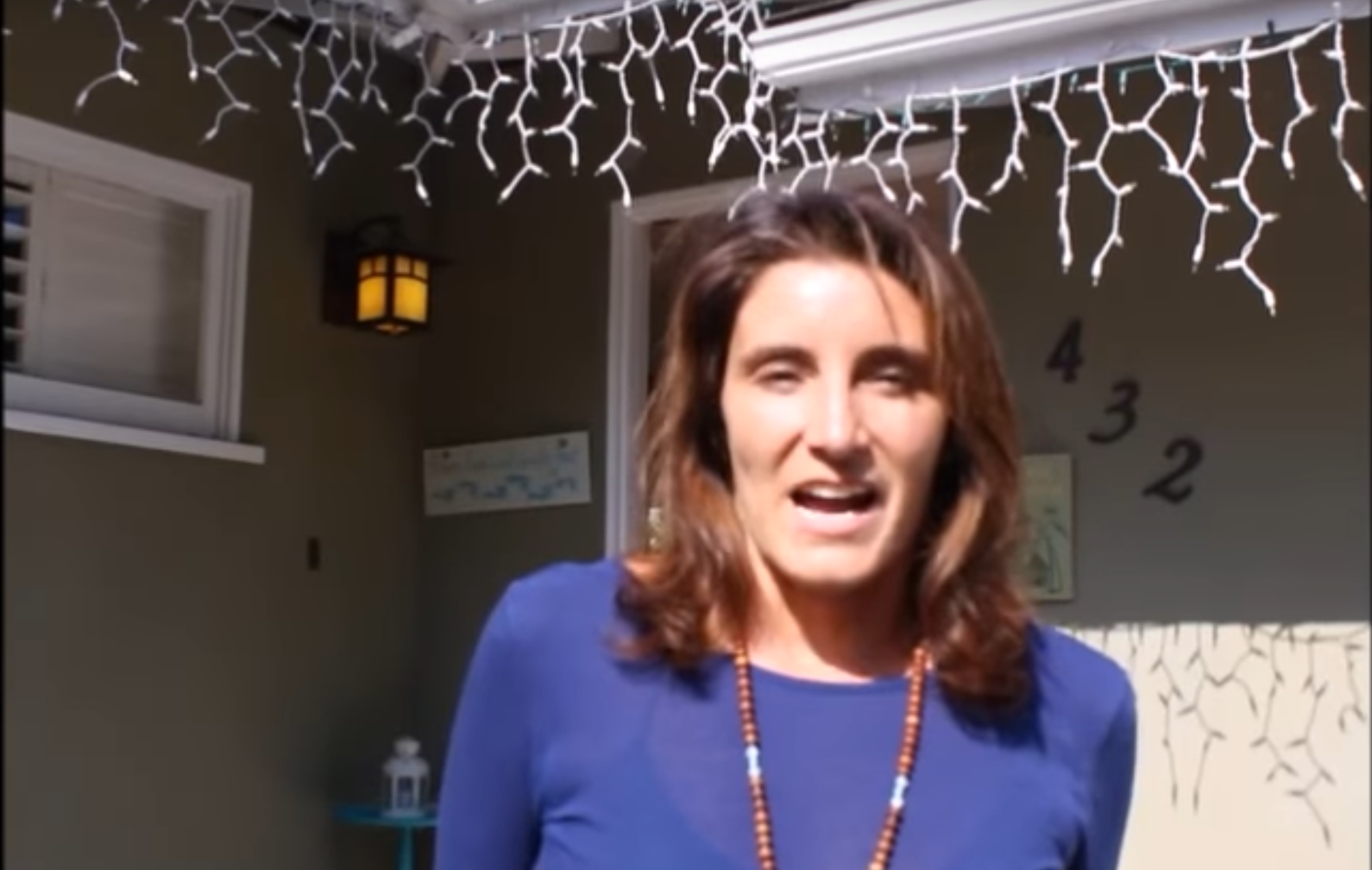 She described how she came home from Sacramento to find a key to her house, which she had previously hidden in her bushes, out on her doorstep. “That day I had my locks changed and I installed a $3,000 alarm system two days later,” said Vaughan.

She was later informed by her alarm company that someone had set off her alarm at 3:45 in the morning and immediately disarmed it with the master code, which Vaughan said no one had but her. Whoever entered proceeded to walk down her hallway, setting off the monitor sensor, and opened and shut her dining room window before leaving the house at 3:49 a.m.

“After the incident I talked to some security experts who have actually done intimidation for corporations, and they said, they were probably tapping your place.”

Vaughan described how only days later, she found her computer moved from its hiding place above her microwave to the middle of her kitchen floor. After leaving town for a couple of weeks, she returned with a friend to find her ladder, which she had kept in her garage, just outside a bedroom window of her house — the only window with the blinds kept open. A neighbor informed her that she hadn’t seen the ladder there the day before.

Only days after that, she found a duck figurine on one of her outdoor tables. “When I talked to the security experts, I said, I don’t understand the duck. And then it came to me that I had been on my phone having a lot of conversations [with] people asking me, are you staying at your house? What are you going to do? And I use the term repeatedly: I’m not staying at my house. I feel like a sitting duck, because they can get in at any time.”

“So that was actually quite disturbing to come home to. It’s just a clear message that, again, they are watching me.”

“It’s quite scary. After all these intimidation tactics it’s very hard to feel safe and secure, but I am not gonna go away — I mean I’m not gonna be silenced, because these are important issues, and we need to expose what’s really going on behind the mandatory vaccination bills.”

“I hope that we can continue this fight. We may have lost the battle but we still have a war to win,” Vaughan concluded.

In her 2019 Facebook post, Vaughan wrote, “If something were to happen to me, I have arranged for a close group of my friends to start a GoFundMe to hire a team of private investigators to figure out all the details.”

“There have been many on this mission or a similar one that have been killed and it’s time this b——- stopped. The darkness cannot win.”