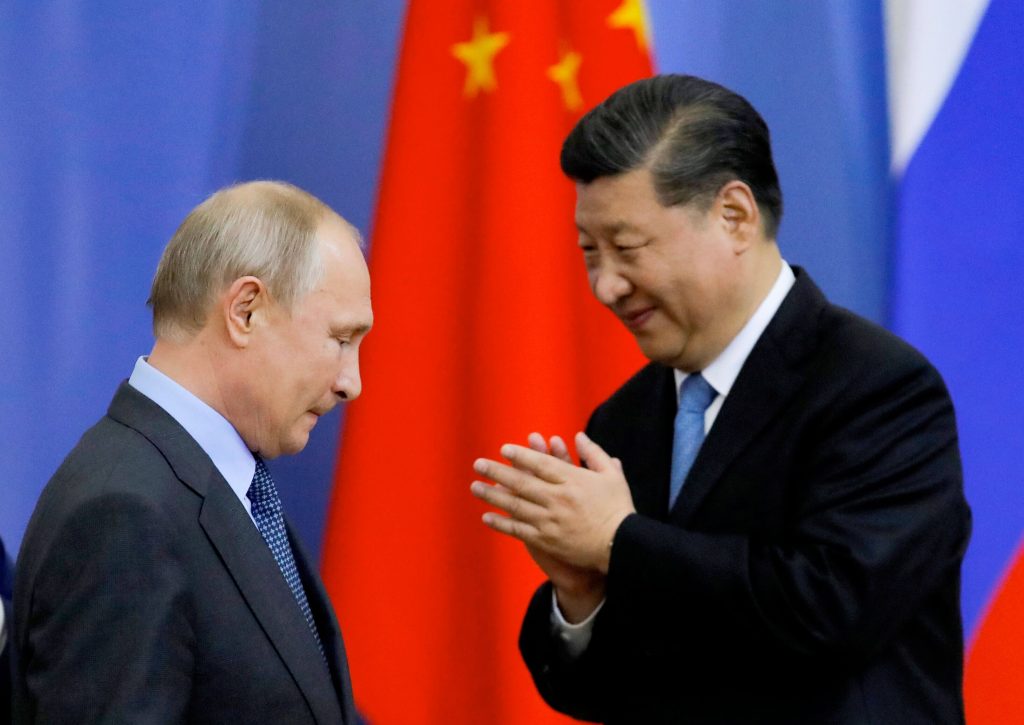 China-Russia ties won’t be broken, declare Xi and Putin in signal to Biden

In the vision I was standing on the shores of the United states. As I looked I saw a huge invasion of soldiers coming by land, air and sea. I vividly remember seeing Russian soldiers marching on our sands. The Russian soldiers who were marching with their weapons were dressed in China uniforms. I believe this signified a alliance between China and Russia to attach and invade the United States of America.

In addition to my vision, many in the body of Christ has been shown in the spirit that a war is coming involving the United States, Russia and China. Be aware that all signs and movements going on right now under the radar of headlines could be an indicator we may be heading toward war soon. Trust in Yahusha Hamashiach (Jesus Christ). - Messenger of Emmanuel

The relationship between China and Russia cannot be broken by any third nation and will weather all kinds of international crises, Chinese President Xi Jinping told his Russian counterpart, in a signal to the United States that Beijing-Moscow ties are strong.
In a phone conversation with Russian President Vladimir Putin
on Monday evening, Xi said the relationship between China and Russia “has strong independent value”, indicating that the rapport between the two countries would be further elevated, no matter what policies the incoming US administration of Joe Biden adopted.

“Sino-Russian relations are not affected by changes in the international situation or interference by any other factors. Strengthening strategic cooperation between China and Russia can effectively resist any attempt to suppress and divide the two countries,” a Chinese foreign ministry statement quoted Xi as saying.

“China is willing to unswervingly develop the comprehensive strategic cooperative partnership between China and Russia in the new era.”